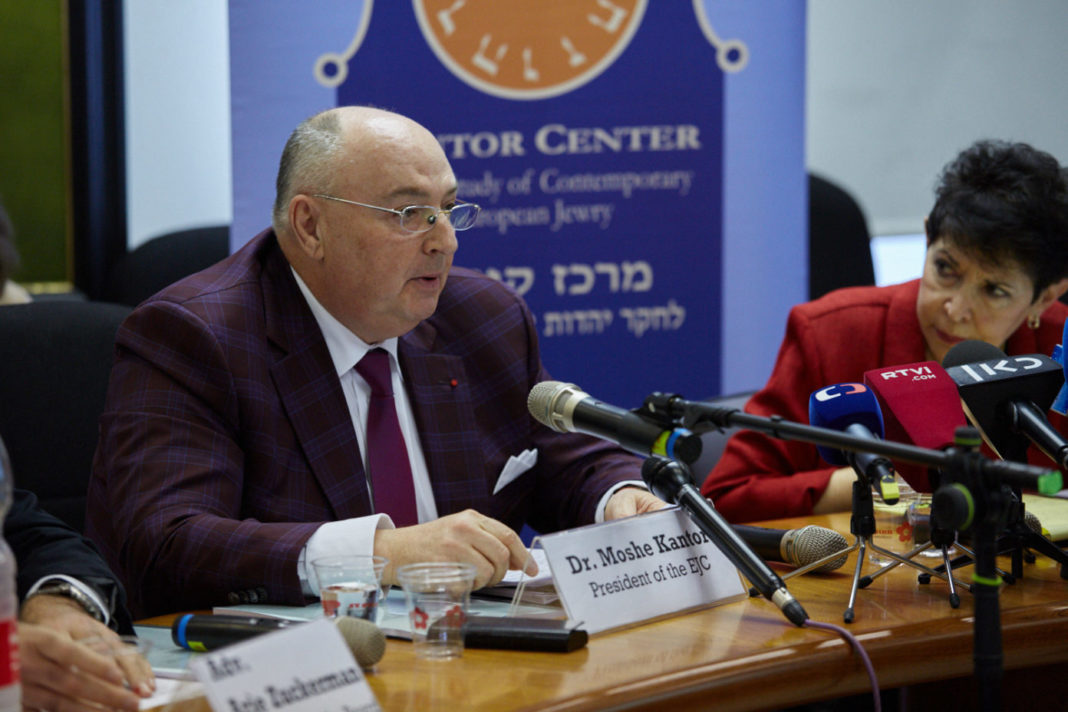 2017 was a year where many Jews, particularly in Europe suffered.

Jews across the continent have felt more unsafe and more concerned about identifying as Jewish. Both the public and the private space are seen as un-safe for Jews.

As was sadly demonstrated by the recent brutal murder of Mireille Knoll, who survived the Holocaust to be violently killed in her home.

The general feeling shared by Jews is that anti-Semitism has entered a new phase, and is spread widely in the world.

While in 2017 we saw a small decrease of 9% in overall violent anti-Semitic incidents, this was overshadowed by the dramatic increase in all other manifestations of anti-Semitism.

European Jewish communities are feeling oppressed, less secure and more anxious of identifying themselves as Jewish.

The situation in Europe is complex. In Eastern Europe, the rise of nationalist forces and narratives, which try to glorify the perpetrators of the Holocaust are a matter of concern, but Jewish communities feel generally more confident in their way of life.

As for Western Europe, the general feeling of individuals and the community, is that anti-Semitism has entered a new phase.

The crucial element of this new phase is that our institutions become fortresses but individuals become helpless to isolated attacks.

We have come to rely more and more on police and the army. This is necessary, but also a sign of a profound social sickness, for which more police in front of Jewish institutions is not a sustainable long-term solution.

To live as a Jew in many parts of Europe today:
– is to live in a fortress,
– is to be marked as different,
– is to tell your children that they are different because they are threatened.

Jewish parents are confronted with the awful task of explaining to their children that their destiny is to move from the school with the thick glass windows, to the youth club surrounded by barbed wire and then to the synagogue under permanent security.

In today’s France, Jews have to fear for their lives, not only in the streets, but even in their own homes.

A year before the murder of the 85-year-old holocaust survivor Mireille Knoll, Sarah Halimi, a sixty-five year-old kindergarten teacher, was thrown out of her window to her death.
Both of them were killed in their homes.

Both of them knew their murderers, who were their neighbours.

Both opened their doors in good faith to their deaths.

Their lives were cruelly and viciously ended, simply because they were Jewish.

We must not treat these events as simply “another Jewish tragedy”. These evil crimes and the ideology that fuels them is radical Islam. In addition, the extreme right has continued to gain strength in Europe, in places like Germany, Holland and France. In Austria, they even form part of the government.

At the same time, within the extreme left and anti-Zionists camp there has been an increase in open and explicit hate against Jews. In the UK, the Labour party led by Jeremy Corbyn, still needs to deal with open anti-Semitism and Holocaust denial by its leaders and members.

We see that the normalising of anti-Semitism has reached the highest levels. However, elsewhere, we have recently seen more signs of political will.

The first ministerial conference of the year 2018 under the Italian chairmanship of the Organisation for Security and Cooperation in Europe (OSCE) was dedicated to the responsibility of states, institutions and individuals in the fight against anti-Semitism.

More and more states adopted the working definition of anti-Semitism, including the European parliament. And 2018 will be the year of its adoption by the OSCE.

We also look for it to be the year where our decision makers overcome political correctness and move to action to bring Jewish communities back to normal life.

We need them to impose far harsher punishments for hate crimes. We need them to end hate speech and incitement against Jews, online, in religious institutions and on the streets.

We need to strengthen the tools with which the governmental, legal and law enforcement agencies have to fight anti-Semitism.

In conclusion, I believe we need a roadmap to fight anti-Semitism.

It should include these three principals:
1.“The law of the country is the law”- the Talmudic principal of “dina de malchuta dina”, should be adopted as a Jewish heritage and contribution.
2. Punishments not only for those who physically commit the crimes, but even more for those who spread hate and plan those crimes.
3. We must find ways to protect our freedoms and ensure our security.

We need to limit our tolerance against those who reject the principals of tolerance, freedom and democracy. We must apply legislation based on the idea of secure tolerance. We cannot fight anti-Semitism as if it is just a Jewish problem. Hatred and intolerance are society’s problems and society, led by our elected leaders should lead the fight against them.

We need a real aggressive campaign at the legal, governmental and law enforcement levels to free Europe and the Jewish community of the dangers of anti-Semitism.
I want to thank all the people who were involved in preparation of this report, which is a useful tool.

But I also want to ask all our friends at the Kantor Center, our academic colleagues and intellectuals to concentrate on developing useful insights and to use this report as an inspiration to find practical solutions in the fight against anti-Semitism.