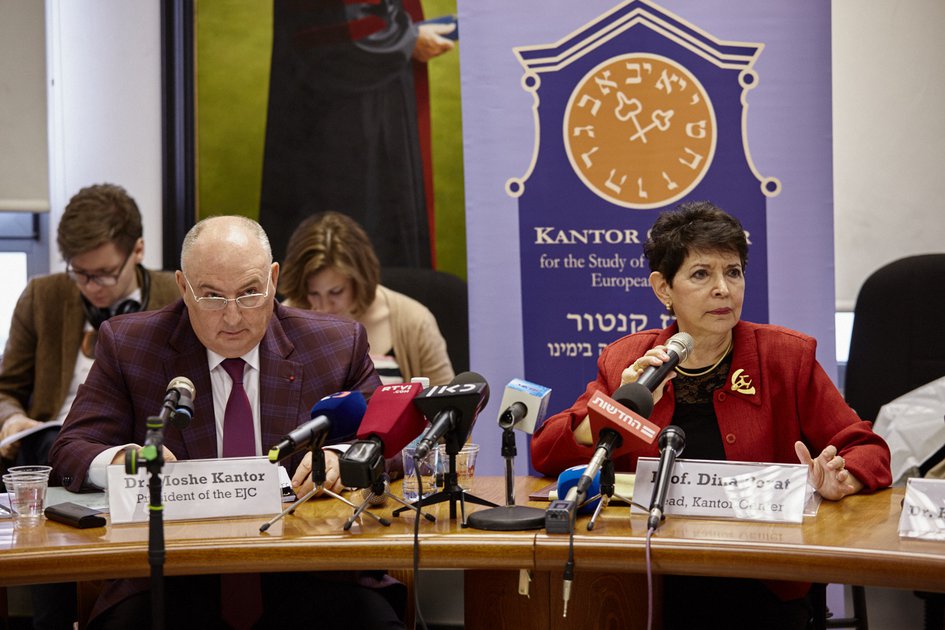 The Kantor Center for the Study of Contemporary European Jewry, inaugurated in May 2010 at Tel Aviv University, provides an academic framework for the interdisciplinary research of European Jewry from the end of World War II until the present day.

The Center offers a platform for the diverse needs of researchers, students, governmental and civil service personnel, professionals, activists, and the public at large, both in Israel and abroad, and cooperates with European Jewish communities and their leaders.

The Center initiates, encourages and coordinates research projects, conferences, seminars and publications in the following areas:

· Historical sociological processes and their ramifications on issues such as identity, education, demography and communal organization of European Jewry;

Mutual contacts between European Jewish communities and their leaders vis-Ã -vis local societies, and with other minority and religious groups, in the political and cultural context;
Preserving national memory, Jewish identity and the Jewish communal legacy, and analyzing their implications for the present.
Worldwide legislation and enforcement in the promotion of minority rights, non-discrimination, and against racism, hate crimes, hate speech, antisemitism, and Holocaust denial;
Finally, enhancing the Moshe Kantor Database for the Study of Antisemitism and Racism (that cooperates with the Ze’ev Vered Desk for the Study of Tolerance and Intolerance in the Middle East, within the Stephan Roth Institute for the Study of Contemporary Antisemitism and Racism). and holding an annual press conference presenting the situation of antisemitism worldwide.