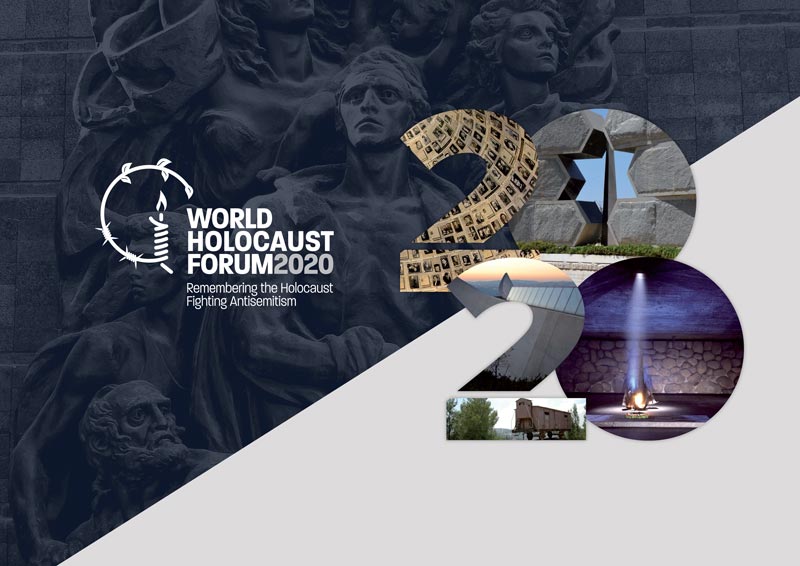 The World Holocaust Forum Foundation (WHF) is an international organisation whose goal is to preserve the memory of the Holocaust and its important lessons for all of humanity. The WHF has two major tasks. The first is to regularly organise International Holocaust Forums, which help world leaders personally contribute to promoting Holocaust education and commemorating the tragedy in their nations and throughout the world. The WHF also monitors anti-Semitism and combats xenophobia at international level. The WHF’s second mission is to design and implement the pan-European Holocaust educational programme that was initiated by Yad Vashem and the European Jewish Congress, and to train educators who will teach Holocaust history in all European countries. The first Holocaust history educators will teach other educators in their countries and prepare guide-books in all European languages. These materials will be culturally sensitive for better understanding.

The WHF was established in 2005 following the first International Holocaust Forum in Krakow, Poland, which marked 60 years since the liberation of Auschwitz-Birkenau. The world will soon lose the last of the Holocaust survivors, and in the light of the troubling global escalation of anti-Semitism, the WHF is committed to promoting the memory of the Holocaust and fostering interethnic and interreligious tolerance while combating any form of anti-Semitism, racism, or xenophobia. The WHF has offices in Moscow, Geneva and Jerusalem.

The Forum took place against the background of the rise in hateful and violent expressions of antisemitism, especially in Europe. Given this alarming situation, efforts to educate about the dangers of antisemitism, racism and xenophobia and foster Holocaust commemoration and research have made this event more crucial and relevant than ever.

On the Forum’s eve, fifty heads of state and world leaders, who were invited to the Fifth World Holocaust Forum, have written letters stating their fervent and profound pledge to remember the Holocaust and to take measures to combat rising antisemitism. These statements have been collated in a historic book, titled “Remembering the Holocaust, Fighting Antisemitism.”

On 26–27 January 2015, the Fourth International “Let My People Live!” Forum was held in Prague and Terezín (Czech Republic) to mark the 70th anniversary of the liberation of Auschwitz-Birkenau concentration camp. Several hundred distinguished guests, including heads of state, political leaders, members of parliament, diplomats, scholars and public figures from many countries, one of few surviving Auschwitz-Birkenau liberators Leonty Brandt, former prisoners of the concentration camps and Holocaust survivors attended the event.

On January 27, 2010, Krakow hosted the third “Let My People Live!” International Forum to mark the day 65 years ago when the Red Army liberated the Auschwitz-Birkenau death camp. The third “Let My People Live!” Forum was held under the honorary patronage of President of Poland Lech Kaczyński, President of the European Parliament Jerzy Buzek and the first Permanent President of the European Council Herman Van Rompuy. The Third International Forum was attended by nearly 100 deputies from the European Parliament led by Jerzy Buzek, other representatives of European institutions and official delegations from all over the world. Auschwitz-Burkenau liberators Ivan Martynushkin and Yakov Vinnichenko were the Forum’s guests of honour.

Since 2011 Holocaust commemorative events have regularly been held at the European Parliament in Brussels. Many distinguished guests from Europe, Israel, USA and other countries, as well as Holocaust survivors, are invited to these events to commemorate everyone who perished during the years of Shoah. In 2012 this event has been also timed to 70 years since the Wannsee Conference and 50 years since the end of the trial of Adolf Eichmann. WHF website – www.worldholocaustforum.org.