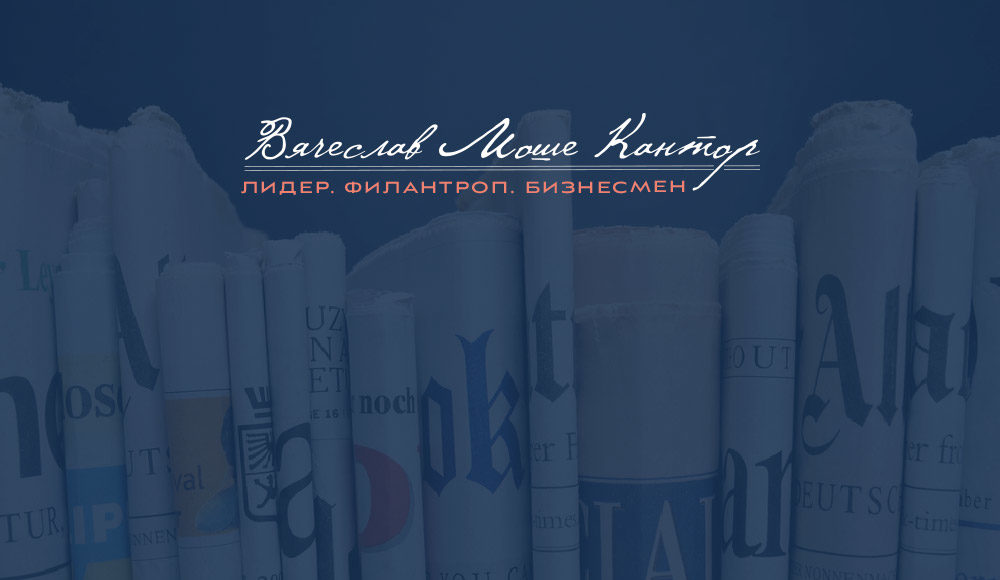 Russian-born businessman Moshe Kantor was reelected as President of the European Jewish Congress (EJC) for a third term during a General Assembly of the organisation Tuesday in Brussels which also discussed many of the pressing challenges facing Jewish communities in Europee, the EJC announced in a statement. The vote was ‘’unanimous’’ it said.

Jonathan Arkush, President of the Board of Deputies of British Jews, was elected as Chairman of the Council.

Leaders from 42 Jewish communities attended the meeting. Elections for the European Jewish Congress leadership were scheduled to be held at the end of this year but were held early at the request of the EJC Executive ‘’because of the rise of anti-Semitism in Europe and the threat of anti-Semitism and radical islam.’’.

But some within the EJC reportedly criticized such early elections, as it means no candidate could run against Kantor. ‘’There were some claims made that EJC President brought the elections forward in an effort to prevent World Jewish Congress (WJC) leader Ronald Lauder from finding a contender by November who could defeat Kantor,’’ Ynet news wrote. Some also speak of Kantor as a potential candidate for the WJC leadership.

Kantor, fa ertilizer magnate and Legion of Honor laureate, was first elected at the head of EJC in 2007 and reelected in 2012.

“I am delighted to have received a strong vote of confidence from the leadership of the European Jewish communities and it is a positive testament for the work we have done these last few years and the plan of action we have for the years ahead,” said 62-year-old Kantor who described the situation as ‘’the most difficult since the end of the Second World War.”

He cited the high level of anti-Semitism, the crisis brought about by large numbers of migrants and asylum-seekers entering Europe, the wave of terror, and the economic situation,” which he said “are all interconnected and present great challenges for European Jewry.”

“We need to strengthen our communities, especially those under threat, and we need to seriously engage with our governments and with the relevant EU bodies and institutions to ensure they uphold their responsibilities for our security in all arenas,” Kantor said during the General Assembly.