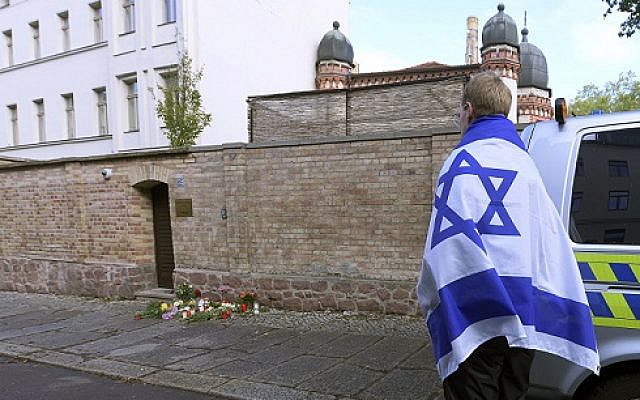 Jewish, Christian, Muslim and Buddhist groups will work together to improve security at their places of worship

Jewish groups in Europe are set to receive part of a multimillion euro grant in an initiative to protect houses of worship across the continent.

The Safer and Stronger Communities in Europe (SASCE) project, a partnership between Jewish, Christian, Muslim and Buddhist communities, was awarded the funds by the European Commission this week.

Worth €3 million (£2.61 million), the grant will see the four faith groups work together to enhance security in and around their places of worship.

The SASCE project is based on a model developed by the European Jewish Congress (EJC), a Brussels-based representative group for Jews in Europe.

The Conference of European Churches, Faith Matters and the European Buddhist Union are the other organisations involved.

“Solidarity and cooperation among communities of faith is vital at this point,” said Moshe Kanor, president of the EJC, “because an attack on one community is an attack on all communities.

“As we have seen in the attack on the synagogue of Halle on 9 October 2019, once the perpetrator realised he would not succeed killing Jews, he sought to kill Muslims at a nearby restaurant.”

As part of a pilot, 1,000 Jewish communal buildings across Europe will be equipped with new technology to increase their level of protection.

The four organisations will work together deliver security awareness, crisis management and training sessions for their communities, as well as wider communication campaigns.